Neighbor to Neighbor: International Stocks – Time to Increase Your Holdings?

The U.S. economic expansion has been going for one of the longest periods in history without a significant recession. (See graph below). While the latest data from the Conference Board doesn’t suggest a high likelihood of a recession in the next 12 months, I believe it’s likely we’ll have at least a shallow one in the next two to three years.

It’s no surprise, then, that U.S. stocks have moved from bargain levels in 2009 to record highs. The bull market in U.S. stocks may continue if pro-growth measures are enacted by Congress, but given the current climate in Washington, this is becoming less likely, at least in the short run. 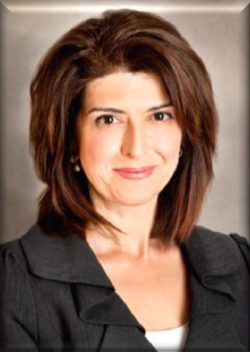 Compare the U.S. backdrop to the many overseas economies that are still in the early stages of recovery from their own economic messes, which is usually when good stock valuations surface. In fact, due to their slower economic recovery, many overseas stock markets have underperformed the U.S. for a long period of time, which means a patient investor could expect International stocks to potentially outperform U.S. stocks over a three to five year period.

Other reasons to consider having more international stocks:

• The World Bank estimates that 70% of the growth in the world’s economies will occur outside the U.S. in the next decade. Spurred by population growth, urbanization trends, and infrastructure spending.

• 52% of all publicly held companies (weighted by size) are outside of the U.S. This is a large percentage of the global economy to miss. 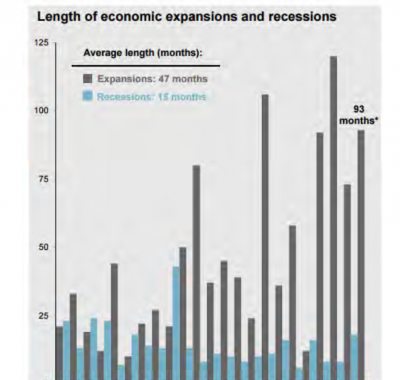 If increasing your international holdings, think through the following:

• Should I focus more on strong high quality companies like Nestle or Samsung, or smaller growth stocks that may have more risk along with better return prospects?

• Is it better to pick some good overseas companies that trade as American Depository Receipts (ADRs) in the U.S. or go with diversified funds? We generally recommend diversified funds for do-it-yourselfers.

• Should I use more Exchange Traded Funds or index funds, versus active funds? We suggest a balance although there are times in the market when either index funds or active funds are best.

• Should I consider globally diversified funds that shift allocations between cash, bonds, stocks, gold and other areas as they see fit? These funds have done quite well of late with less downside risk, but clearly not as well as funds holding only international stocks.

• Developed countries typically have a highly developed economy with advanced technological infrastructure compared to less industrialized nations. This category has historically offered the least amount of volatility when compared to Emerging and Frontier Markets.

• Emerging market countries are less advanced than developed countries but have more advanced economies and infrastructures than frontier market countries. This category typically contains greater risk but has the potential for greater returns.

• Finally, frontier market countries are small nations that are in the early stages of economic and political development. They have less advanced capital markets but may have investable stock markets that are less established (less capitalization, limited ability to invest and less liquidity) than those in the emerging markets. This category typically carries the most risk but could potentially produce higher returns over the long run.

Be an informed consumer. Consider your options and don’t let the fear mongering of the 24/7 news machine freeze your allocation in place.

DISCLAIMER – Past performance is no guarantee of future results. This material is not financial advice or an offer to sell any product. This report is for informational purposes only. The statements contained herein are solely based upon the opinions of Stearns Financial Group and the data available at the time of publication of this report, and there is no assurance that any predicted results will actually occur. Stearns Financial Group reserves the right to modify its current investment strategies and techniques based on changing market dynamics or client needs. This report contains no recommendations to buy or sell any specific securities and should not be considered investment advice of any kind. In making an investment decision, individuals should utilize other information sources and the advice of their investment advisor.  Information was obtained from third party sources which we believe to be reliable but are not guaranteed as to their accuracy or completeness. Stearns Financial Group is a registered investment advisor. More information about the advisor, including its investment strategies and objectives, are fully described in the firm’s Form ADV Part 2, which is available by calling (336) 230-1811, or can be found by visiting www.stearnsfinancial.com. SFG-17-75.