It was the summer of 2009, and Annette Council was tired. She had just returned home from a day at work to find her kitchen in utter disarray.

It was not the scene of a crime or a natural disaster, but rather a jumbled mix of flour-covered bowls, pans and spatulas – the inevitable result of any attempt at baking a cake from scratch.

Council — nicknamed Sweet Neecy by her mom when she was a baby — had been busy making homemade cakes in her spare time to sell to her friends for a little extra money, but the hours spent cleaning up seemingly constant messes in her kitchen, combined with her demanding work schedule, forced her to put her enterprising exploits on pause.

“What in the world am I doing? I had to find something simpler than this,” she says she asked herself.

But obstacles have never bothered Council, and this obstacle was no different. Instead of discounting her idea as impractical and fruitless, she developed a simple cake mix to avoid such messes in the future.

She combined her newly created, all- natural cake mix with just a few other ingredients in a mixing bowl, beat the mixture for three minutes and baked it for an hour. The result was a pound cake without all the mess, just as Council had intended.

“I took a piece of it and tasted it and it was incredible! I couldn’t believe it,” she said. “It was like a real cake. I was jumping up and down. ‘I did it! I really did it!’”

But first, Council wanted the approval of her sister, Norma Bell, and gave her the mix to try.

“I tried it and I was just like, ‘wow!’ I was overwhelmed that it was just a cake from scratch,” Norma Bell said. “It’s a homemade cake in a package. When I called her I said, ‘hey Neecy, you got something going on here, girl! This is awesome.’”

And just like that, Sweet Neecy’s cake mix was born. 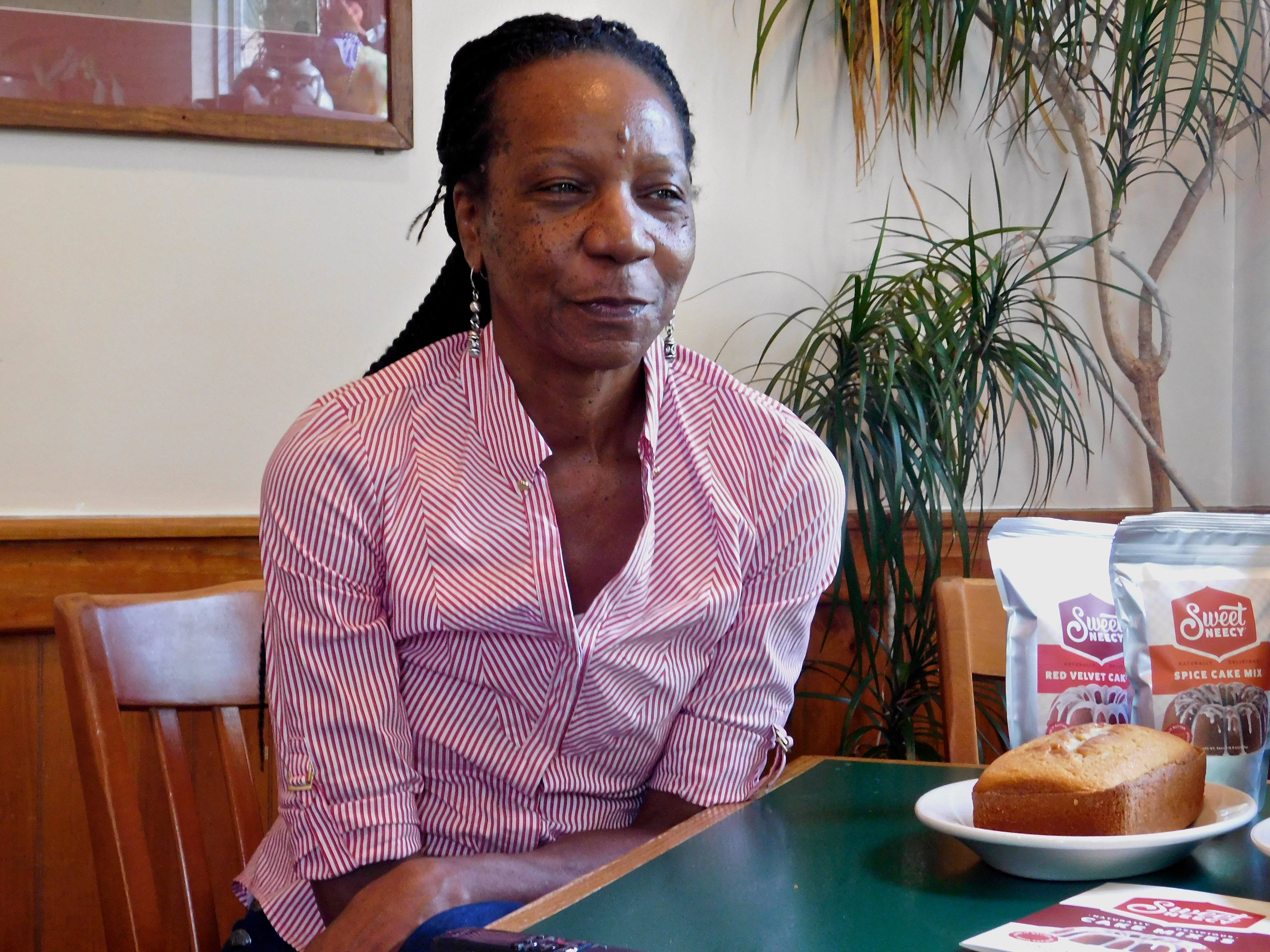 Soon after the breakthrough with her original flavor in 2009, she created a chocolate mix. Soon after that, a spice version. She got approval from her sister before launching each.

“Every time, she asks me to sample something,” Norma Bell said. “I do it and it always comes out (perfectly).”

It makes sense why Council would trust her sister with testing her cake mixes. Their mother is Mildred ‘Mama Dip’ Council, the founder and owner of the iconic Mama Dip’s restaurant in Chapel Hill, which opened in 1976.

Some of Council’s earliest memories are of her and her sisters waiting around the kitchen to lick their mother’s cake batter while she made cakes on Saturday nights, ready for Sundays after church.

Council says she couldn’t help but develop a passion for making food during her youth as she watched her mother glide around the kitchen. For her and her sisters, making food has been a part of their identities since they were little.

“It just feels right,” Council said. “I think it has to do with being around food all your life.”

With her cake mix recipes impressing everyone she asked, Council set out to turn her product into a business. Her product was approved by the FDA. She then found a community kitchen at the Piedmont Food and Agriculture Processing Center in Hillsborough in which to make them.

PFAP is a place for small food-businesses in the North Carolina Piedmont to get started and to grow, according to its website.

Council says she produces the cake mixes herself, but hires employees by the hour to fill in when it becomes too much.

Council tackled the challenge of getting her cake mixes into stores head-on. She fondly recalls successfully reaching out to become a vendor with Whole Foods Market and attending conferences in New York and California for food-production businesses.

“There’s big-dog people in there. I’m just proud to be amongst them; it’s like the Olympics,” she said with a laugh. “I finally got there, now all I need to do is win.”

The Sweet Neecy Cake Mix Company is now established in 34 stores in seven states, according to the company’s website. Council has guided her business to steady growth since 2009, but she says she has more goals to meet.

She added a red velvet cake mix — using beet juice for the red coloring instead of dye — to her other three mixes in November 2015. She says she is pondering the idea of creating more flavors of mixes and selling kitchenware. But the primary goal for the business right now is national recognition.

“The big hump is a national brand product — getting out there nationally,” she said.

Council hired The Splinter Group — a marketing agency founded in 2000 and based locally in Carrboro — to complete a rebranding process. The distinctive silver packaging now includes a picture of the cake on each bag.

“It really stands out to me if you go to the shelf,” Council said. “You’re going to pick it up. If you don’t buy it, you’re going to at least pick the package up.”

Council runs the business’s website, Twitter and Facebook accounts by herself, and she has registered trademarks on Sweet Neecy and the slogan ‘Make it Batter from Scratch.’ She sells 12-ounce and 24-ounce packages of mix, and she has included a vegan recipe on each package as well.

Council has done all of this for her own business while continuing to work six days a week at Mama Dip’s. Council says she hopes her company will carry on the legacy of providing the Triangle with delicious, southern-style food that her mother established with her restaurant.

The lessons she has learned from her mother about baking, creating and working hard have been invaluable for her business, she said.

“It’s because of the work ethic that my mom has, that is instilled in her kids, that we’re able to do so many things.”

Council says she has big plans for the future. With the introduction of a new flavor and the completion of a large rebranding process within the last year, who knows what Sweet Neecy Cake Mix Company will look like in a year or two. The company may expand. There may be a new flavor. But with Council’s seemingly interminable energy, one thing is certain: it will be different than it is now.

“We don’t let tired get in our way,” she says of her family. “We just keep going.”