Neighbor to Neighbor: Good Times and Favorite Finds – Part I

One of the best parts of my job is collecting stories, both from my consignors and the objects themselves. Here are a few of my favorites since I founded my business in 2011.

When I originally started, I had no idea what to sell. I had people give me self-help books, old computers, used sneakers, flip phones… you name it and I probably tried to sell it at some point. I remember being amazed when someone in Russia purchased a 1981 bar of Star Wars soap from me for $0.25. Think about that for a second. Someone kept a bar of Yoda-shaped soap for 3+ decades, and then someone else halfway around the world bought it and had it shipped to them.

While selling old Yoda soap was fun, selling old Barbie dolls was exciting. My father found one in a garage sale one day and paid $10 for her. He suspected that she might be valuable, so I had to pick her up when I traveled to Memphis a few weeks later. She didn’t come with much, so we purchased most of her original accessories on eBay. Then she took a trip to a local Barbie spa for a hair wash and some minor touch-ups. A short while later, the Barbie sold at auction on eBay for nearly $4,000 to a buyer that had set-up a special savings account just to purchase the doll.

Another time, I received a call from a flustered client who had sold her home in Chapel Hill much faster than she anticipated. She had lived there for over three decades and had received a cash offer on the house, with the stipulation that she move out within a few weeks (right before Christmas!) 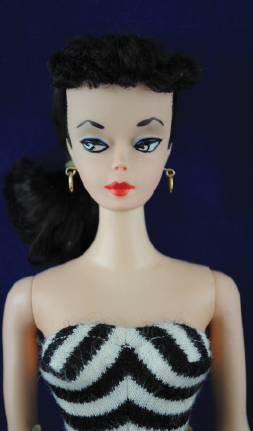 I rushed over the following day and scoured the house from top to bottom and ended-up dragging out a beat-up old Louis Vuitton leather suitcase from the damp storage area beneath the house. Someone in Massachusetts paid $100 for it and later told me they had been able to restore it and were thrilled with their find.

The same house yielded a vintage Steiff teddy bear, which I sold and hand delivered to a collector in Durham. While I was there, she asked me to look at her 1950s era Madame Alexander Dolls from her childhood. The dolls themselves were somewhat common, but she had taken meticulous care in maintaining their outfits and accessories. Ultimately, her small collection of dolls sold for over $7,000, including a blue Cissy ball gown that jumped from $120 to over $1200 in the closing seconds. I’ve never been so excited about a doll dress in my life!