Something Sweet on Churton Street

Matthew’s Chocolates found its way onto Churton Street in Hillsborough more than a decade ago.

But the marvelous little shop didn’t plop itself down into place one day in the mid-2000s. The creation and success of this small town gem can be credited to its namesake — Matthew Shepherd.

Shepherd’s culinary journey was not a linear one. In fact, he’s never taken a single chocolate making class.

“One thing I haven’t divulged in an interview before, I don’t think, is I was either going to go to culinary school or become a professional bowler,” he said.

You can probably guess which option he chose. But after a year with the New England Culinary Institute, Shepherd decided not to continue with culinary school, instead entering the restaurant industry in South Florida. And then the incense industry.

“Flavors and fragrance are neck and neck as far as how we process them,” he said.

It was only when Shepherd offered to do the chocolates for his sister’s wedding that he found the calling that Hillsborough locals have come to adore.

“So the Christmas before the wedding, I did chocolates as my Christmas gifts to practice. And the following Christmas everybody that I had gifted ordered,” he said.

“And I was like ‘Huh, maybe I found my food niche!’ I had never known which direction I was going to go food-wise.”

Though Shepherd said he’s not particularly crazy for chocolate, his experience with cooking, incense, pottery and watercolor have certainly set him up for success.

“It’s like every little thing I’ve done in my life just kind of coalesced into one thing,” he said.

Tempering machines, molds and one condo refinance later, Shepherd was ready to start his new culinary venture. But that was 2006.

“And then the market dropped out,” he said. “And I was like ‘What the hell am I going to do?’”

Not one to shy away from a challenge, Shepherd packed his bags (tempering machines included), moved away from the condo that would eventually be foreclosed upon and started anew in Hillsborough.

“I lost every penny I had,” he said. “So I was living here in a friend’s basement, completely broken into pieces and just scratched and scraped and got the shop open.”

On Shepherd’s birthday in 2007, Matthew’s Chocolates found its way onto Churton Street. 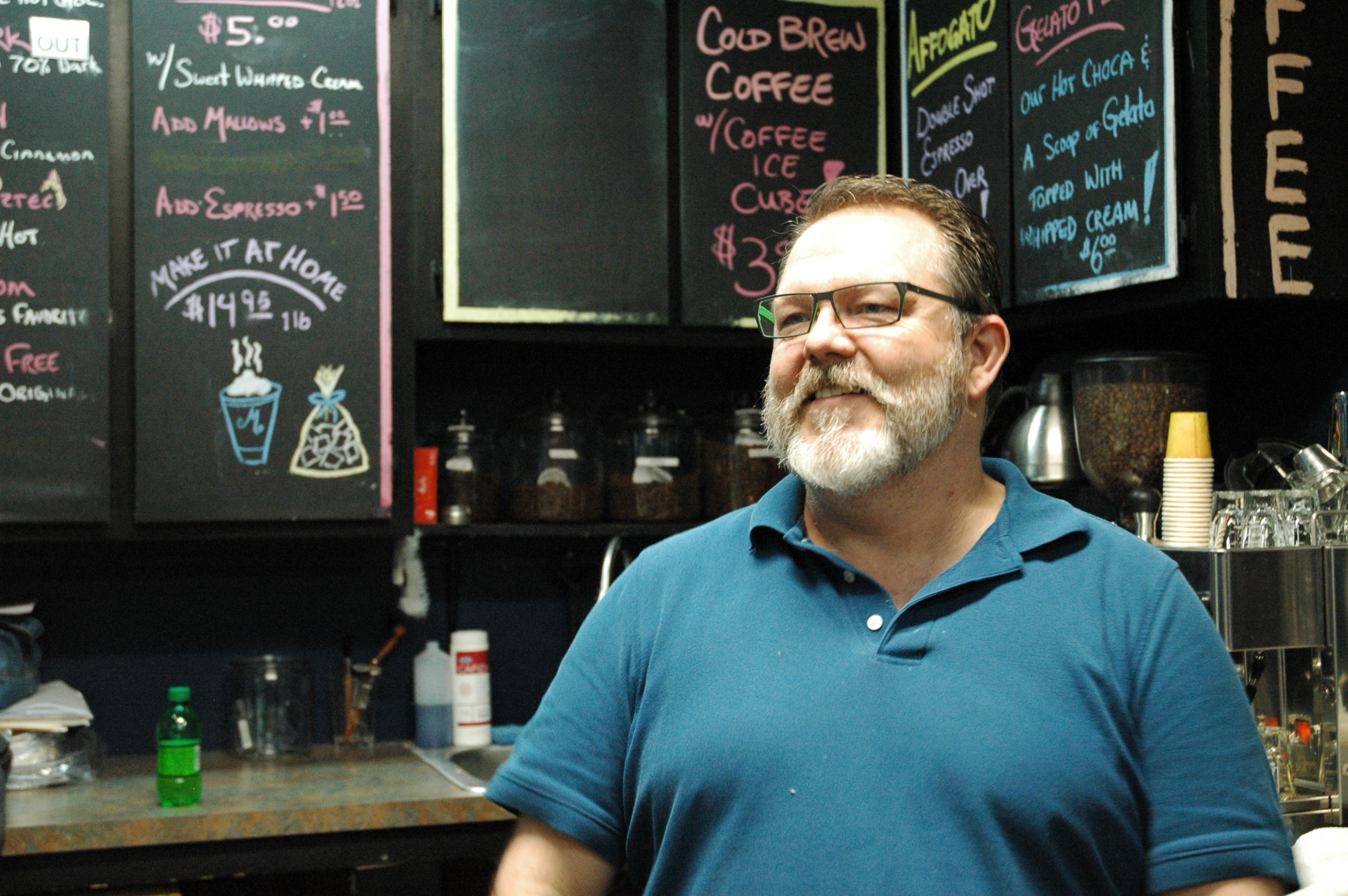 The space that now sits on 107 N. Churton St. hasn’t always been the same. Shepherd had to rent an external space for his kitchen so guests could have ample seating at the shop — before this move, patrons snaked all the way back to the bank during the Valentine’s rush. A few smudges of chocolate dust still mark the spot where the old scale used to sit.

Though Shepherd worked to make the space his own, he said he loved the accoutrements that were already in the building, like the strikingly beautiful crown molding. His only complaint is the amount of  space — with a large, onsite kitchen, he could turn out baked goods, sandwiches and soups along with the usual chocolatey treats.

“I just wish I had more room,” he said. “Because I’d put in a kitchen kitchen, because all my training is in food.”

Building Matthew’s Chocolates into what it is today took a lot more than just increasing seating, though. Shepherd also had to fight against the stigma of chocolate as a cheap, common commodity.

“It took a while for people to figure out what I was,” he said. “I’m not a chocolate shop that has jars of candy that you scoop and weigh. It’s not a packaged place like that.”

Shepherd said he’s had customers ask if the chocolates weren’t painted if they would be cheaper — of course, he says, but the artistic quality of his chocolates and the high-quality ingredients from various locations make them what they are.

It’s clear that Shepherd has broken through this stigma — on any day you can see the shop filled with regulars, first-timers, children, adults and everyone in-between

Even if you don’t quite make it in time to pre-order Matthew’s Chocolates, their offerings are perfect all year round: from truffles and bark to cardamom hot chocolate, it’s not hard to find a new favorite every time you go in.

And what about Shepherd’s favorite?

“One day a guy asked me to pick out my favorite chocolate and so I put one out and he went, ‘Put that on my bill, that’s for you,’” he said. “And he left and I was like ‘Why couldn’t this have been a piece of pizza?’”