For as long as I can remember, my father has loved garage sales. I think part of it is the thrill of the hunt, hoping to find a “diamond in the rough.” He’s also never met a stranger in his life and loves to share stories with people (which is a trait that I inherited).

When I was a kid, during yard sale season, Dad would often disappear for a few hours on a Saturday morning, off to hunt for treasures. You could tell when he had a particularly successful morning by the amount of items that he wouldn’t show you when he came back, as most of the time, he liked to save his finds for gifts.

My dad would squirrel away things for us throughout the year. Oftentimes, he would exclaim “Oh, yea,” after we had opened a gift that he may have wrapped months earlier and forgotten about.

Since my father’s garage sale rule was typically to pay no more than 10 cents on the dollar for anything, that meant that we would usually have way more presents than the average kid. I remember a few Christmases when there were so many presents, they couldn’t all fit around the Christmas tree and might be overflowing into the hallway or another room.

There were always some zany things mixed in with the things we had actually put on our wish lists. One year, I received an umbrella that rained dollar bills when it was opened, while my sister found a life-sized Kermit the Frog driving her car. Another year, Dad showed up on Christmas morning in an adult-sized Grumpy costume to deliver a Buns of Steel VHS tape to my Mom (she thought that was hilarious).

My father’s yard sale obsession and our overabundant Christmas celebrations would later serve as inspiration for starting my eBay consignment business, as I thought there may actually be potential to sell some of the stuff that my dad was always bringing home.  My favorite items to sell are the things with good stories behind them.  After all, who doesn’t like a good story?

I I never kept much of the oddball stuff that my dad gave me, as most if it simply got recycled and ended-up back in the local thrift shop. However, I still enjoy the memories of spending past Christmases with my family and laughing at the funny gifts that everyone received.  We spend so much time and money trying to get the right gifts for people, when it’s really just the time that we spend with them that’s the greatest gift of all. 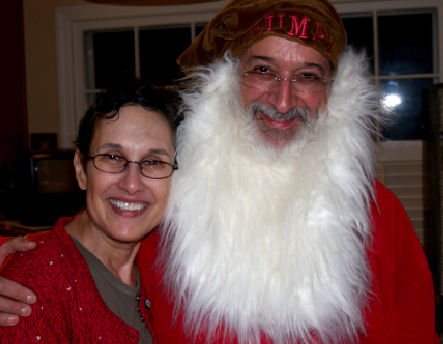 Area Restaurants Do Local
Neighbor to Neighbor: Done By You, Done For You, Done With You