More Than a Cup O’ Joe

Larry’s Coffee has become a local pillar of innovation, advocacy — and yes, coffee roasting — over a 20-year journey.

Larry Larson wasn’t planning on being a coffee roaster. The Tacoma, Washington, native was attending graduate school at North Carolina State University for economics, when he realized he wanted to pursue other options.

“I decided I needed to drop out because I no longer wanted to get this graduate degree,” Larson said. “And, that’s when I probably did my soul searching then — it’s like, ‘You know what? I always wanted to be an entrepreneur.’”

Larson was working at Cup a Joe, a coffee shop on Hillsborough Street in Raleigh, and he eventually drew connections between his new gig and a longtime passion for entrepreneurship. He was the first employee to join the roast team, and it was the catalyst for his interest in the coffee scene.

“I fell in love with roasting coffee,” he said. “So when I was going through my soul search, ‘Well what are you going to do if you drop out?’ and it’s like, entrepreneur, coffee, it’ll catch on. It might be, you know, a few years away, but (I had) a fundamental belief — give the consumer, provide the consumer a great cup of coffee — they’re gonna buy it. And the rest will work itself out. That was kind of my business strategy.”

Peter Floyd, director of institutional sales for Larry’s Coffee, said his experience working at Larry’s has been different than that of his previous jobs in corporate coffee sales. He attributed this difference to Larson’s unique personality and approach to the business. 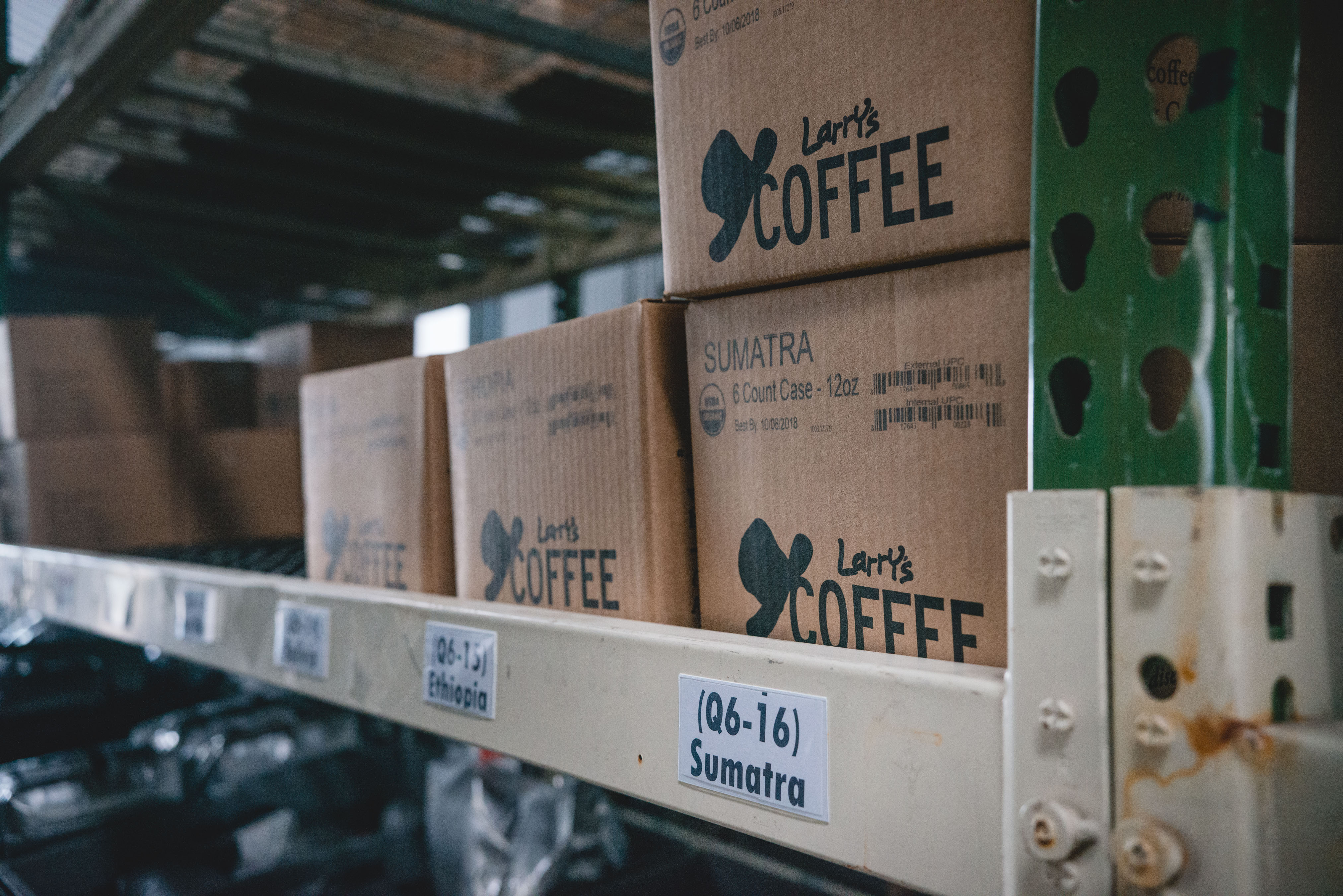 Floyd spent 12 years in the corporate world of hospital coffee sales before coming out of retirement to join Larry’s.

“It’s not a cookie-cutter type operation,” Floyd said. “It’s very innovative, it’s very creative. And that’s one of the great things about working here because you don’t get caught in a routine or a rut. Every day there’s a new, exciting thing happening … We have a model of starving the landfill and feeding the earth.”

The company’s fair trade and environmental missions are also important values that, although they weren’t necessarily a part of the original business plan, developed through Larson’s entrepreneurial growth and experience.

“When I went to source for the first time is when I really got inspired by what fair trade could be,” Larson said. “So my business life went from just having great coffee and experimenting with the roaster and trying to sell it — went from that to ‘Let’s do all that and make a difference about the people we’re buying the coffee from.’”

Director of Coffee Jeremy Behne acknowledged the lengths it takes to source a product fairly and certify it as organic. Despite the difficulties for any company surrounding fair trade, he said Larry’s Coffee is not one to compromise.

“I think what’s made Larry so successful is, for him, that’s never been an excuse to put out an inferior product,” Behne said.

“The exposure to a different perspective on how business can work was profound, and to this day it still is,” Larson said.

Larson said after the company had begun to engage in fair trade, someone in the office suggested they consider recycling more. At the time, the city of Raleigh was not collecting large amounts of recycling, and it wasn’t collecting it from businesses.

Raleigh-based interior designer and photographer Lori Langdon, who has completed design and photo projects for Larson over the past decade, has also gotten to know him personally.

“(Larry) is probably one of the most unique people I’ve ever met in my life,” Langdon said. “He definitely takes work very seriously, he works really hard … but he also is very playful and thinks fast on his feet.”

Larson said he values the importance of making his personality a fundamental part of his brand.

“It’s fundamentally, it’s a whole bunch of other people,” Larson said. “But it’s about the thing I created. And so retaining what I created is really important.”

Looking toward the future, Behne believes Larry’s will stay true to its roots and ethical values.

“I think if 20 years shows anything, we’ll still care about the things that matter no matter how big it gets,” Behne said.

What blend of Larry’s would Larson be, if he was a bag of Larry’s beans?

“I would say that he’s probably more of a fruity… balanced profile, with undertones of chocolate,” Floyd said.

And Larson? Well, he says he would be Bean Martin, of course.

Bookstores Fill Their Own Niche
Neighbor to Neighbor: What’s in a Game?