The Spirit of Feng

The visiting scholars from Feng Liu’s lab have finished their research and returned to their homes abroad. Liu’s belongings have been moved out of his old office, and someone new occupies the space.

More than one year after the UNC Eshelman School of Pharmacy professor’s murder, the wreath of white flowers – a Chinese tradition for funerals – is no longer on the door. It sits on top of a filing cabinet in the office, propped against the wall.

Leaf Huang, chairman of the pharmacy school’s molecular pharmaceutics division and a close friend of Liu’s, still speaks of Liu in the present tense. Liu and Huang met in the mid-1990s in Pittsburgh when Liu worked under Huang as a postdoctoral fellow in Huang’s lab. After Huang got an offer to move to UNC-CH 10 years ago, he negotiated a position for Liu into the deal as well.

The two forged a 20-year friendship.

“Oh …” he sighs when asked how a work relationship turned into a strong bond. “He’s such a kind person,” Huang said, clasping his hands and taking a deep breath. Liu’s death doesn’t seem real.

Huang talks in an even tone, his face rarely giving away much, but there is a certain warmth in his voice.

“I miss him a lot,” he’ll often say after telling a story about Liu.

Huang and Liu both researched nanoparticles for cancer therapy. Because their work was closely related, Huang planned to hand over his lab to Liu after he retired.

“But then he gave his laboratory to me, so I can’t retire because I don’t know how to handle this now,” Huang said. “I don’t have a person to hand my laboratory to.”

Liu had received a grant from the National Institutes of Health, and Huang had to learn the details of the projects Liu was supervising and make sure the work was done “in the spirit of the grant.”

He sat down with all the people in Liu’s lab and gave them the choice of whether to continue their projects.

“I told them, ‘But if you decide to stay, I will be happy to take you because I feel this is my obligation because Feng was such a good friend to me,’” he said. 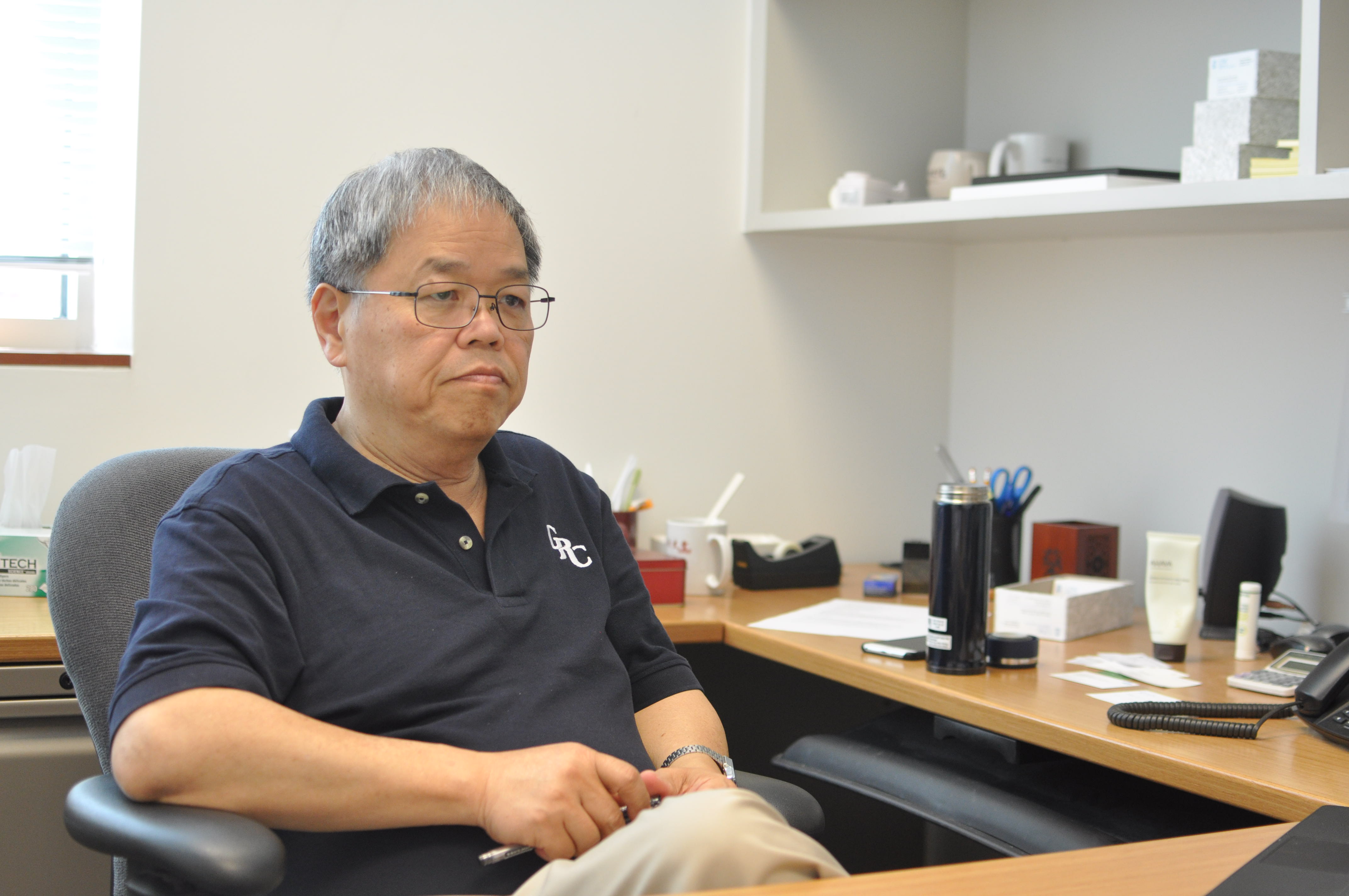 On July 23, 2014, Liu took a lunchtime walk in a neighborhood near campus. Two men – Troy Arrington Jr. and Derick Davis II – allegedly attacked and robbed him near the intersection of University Drive and Ransom Street.

“He always does that … He walks in that neighborhood almost every day,” Huang said.

Liu later died from his injuries, leaving behind a community in shock.

“It kind of cracked whatever semblance of safety and security that people had appreciated on a university campus,” said Russell Mumper, former vice dean of the pharmacy school.

Shortly after Liu’s death, blue ribbons were tied to the trees, a lingering reminder for students and visitors who drive down University Drive.

A community of researchers about half a mile away from the murder grounds was left grieving.

“He left so many holes in our lab,” said Andrew Satterlee, a graduate student who worked on nanotechnology for cancer therapy in Liu’s lab.

In a lab full of students, Liu was the authority figure, the “bad guy” who kept researchers accountable and was not afraid to reprimand them when necessary.

Yet everyone still liked him. Huang spoke of a past student who had once been disciplined by Liu for making a mess in the lab one day. This student flew from Los Angeles for Liu’s memorial service.

“We buy lots of expensive equipment, and he would really get the best deal no matter what. No matter if it was Domino’s pizza or a very expensive piece of lab equipment,” Satterlee said. “He just wouldn’t give in. He would just keep arguing with you … It was probably more fatigue on the other people’s part like, ‘Fine, you win.’ He was very good at not budging.”

Liu always ordered the pizza for the lab meetings. He would call Domino’s and tell it that since he ordered from it every week, he should get a good deal. But he did it in good taste, so that the pizza chain liked him.

Soon after Liu passed away, flowers were delivered to the pharmacy school. They were from the manager of Domino’s.

Satterlee and the rest of the graduate students in Liu’s lab have tried to take over the roles he once filled, but it hasn’t been an easy task.

In late August, the graduate students had the task of finding a new piece of equipment called a sonicator, which is used in the production of nanoparticles.

Because researchers use it so much, the sonicator often malfunctioned. Liu always ordered the new ones.

When it came time to replace the current piece of equipment, Satterlee and the rest of the researchers had trouble finding the model they usually ordered. Meanwhile, the person who had moved into Liu’s old office had just gotten access to the file cabinet. Inside the cabinet was a new sonicator.

“It was kind of like a last parting gift from Feng,” Satterlee said. “I thought it was awesome.”

Born and raised in China, Liu had a special connection with the Chinese visiting students. He made sure to reach out to them, and he even helped them find apartments and told them where they could get the best deals on their groceries. (Aldi was good for chocolate).

Sometimes he would be the one to meet them at the airport, and he often took these students out to dinner.

When Lei Miao, a Chinese graduate student, first got a car, Liu frequently reminded her not to be in a hurry and called her to make sure she got home safely.

Miao had a friend who also knew Liu. The friend wanted to go to medical school but didn’t have much support. Liu encouraged her and even recruited his own daughter, who was a doctor, to guide her through the application process.

“I think he really cared for the students,” Miao said. “He asked her quite often about how everything was going.”

Miao lost her wallet once and later found that someone had used her credit card. Liu encouraged her to call the police, believing something should be done.

“It was justice. That’s what he stood for,” Satterlee said. “Which is terrible the way he — ” Satterlee trailed off, his face falling.

Perhaps Liu’s absence is felt so strongly because he was always there.

He attended seminars, student presentations, Ph.D. defenses, “all of them,” Mumper said, describing Liu as “ever-present.”

Liu sat in the same seat — the back right of the auditorium in Kerr Hall — and always asked one of the first questions. He frequently attended lab meetings with Huang’s students, asking them questions and making comments.

“I always remember seeing him around,” said Michael Lin, an undergraduate researcher in Huang’s lab.

In a sense, he still is.

The leaves on the trees at the corner of University Drive and Ransom Street have fallen and since come again. But the blue ribbons still cling to the trees and lampposts. Some have faded to white since the summer of 2014, but they’re still there.