The Honeysuckle Tea House’s tagline is “brewing radical ideas and ancient remedies.”
But Megan and Tim Toben, the owners of the tea house, which serves organic teas and bakery goods, think it’s strange that their ideas are considered radical.
“These are ideas like taking care of each other and having our food be healthful,” Megan Toben said.
At its roots, the Tobens’ business is based in those two concepts: community and health.
The Tobens said their main goal is to provide products that are not only healthy and created sustainably, but that are delicious, too.
There are multiple ways to bring the medicines from plants into our bodies, Megan Toben said. The tea house offers teas, of course, along with aromatherapy sprays, massage oils, smoothies and herbal sodas.
“So a kid with a tummy ache might have a peppermint soda — that might help,” she said.
The tea house also offers classes and workshops on alternative and plant medicine — including Chinese medicine and Ayurveda, a natural healing system based in Indian culture.
The tea house attracts a wide range of customers, Tim Toben said. He said they often see people from different races, ages and walks of life.
The tea house was funded by community efforts, and most of the products sold there — about 80 percent currently —  are made by plants from the surrounding farm. 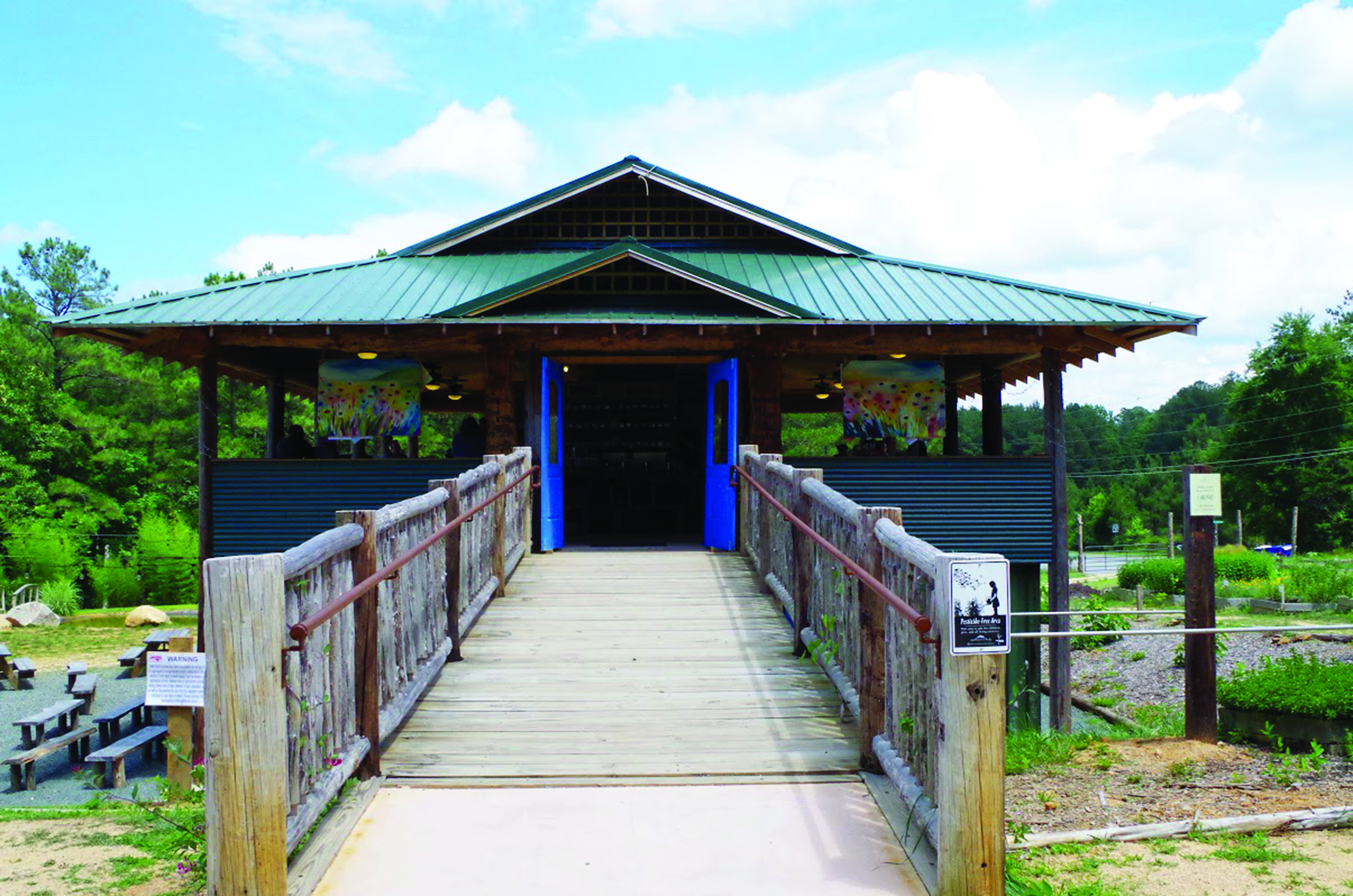 About 10 years ago, the Tobens started an educational nonprofit called Pickards Mountain Eco-Institute, which provides workshops and programs focused on sustainability.
“When the eco-institute would host workshops based on herbal medicine, there was lots of community interest, and people wanted to learn how to bring these traditional medicinal plants back into their daily lives,” Megan Toben said. “And what we discovered was that it was really a cultural shift that was wanting to happen.”
Tim Toben said the process of creating the tea house was a long one, and it wouldn’t have been possible without support from community members.
It took the Tobens three years to put the surrounding farm into place — including the fields, herb beds, irrigation system and fencing. And it wasn’t until that was finished that they were able to start on the tea house itself.
They didn’t have the money for the building, Tim Toben said. So they started a Kickstarter campaign and raised $21,000, while also receiving funds from Slow Money North Carolina, an organization that helps finance farmers to encourage local food production.
“Instead of them putting money into Wall Street stocks, they put it into farmers,” he said. “They might put it into a farmer who needs a Bobcat, or to a person who’s starting a community kitchen.”
When it came down to designing the tea house, the Tobens enlisted the help of Giles Blunden, a green architect known for designing Arcadia and Pacifica, two local co-housing communities.
The tea house is set up from the ground with four large shipping containers from a shipyard in Virginia. The roof is held up with old telephone poles, and the tables are made from a pine tree that fell down during a storm.
“Everything was done very intentionally and with an interest in reusing materials that might otherwise have ended up in a landfill,” Tim Toben said. “I think the big point there is that the community funded this, the community helped build it, and we used materials that were mostly local and almost all repurposed.”
Conner Haring, a rising third-year graduate student at UNC, said she’s been to the tea house two or three times. She and a friend noticed the building while driving home from Maple View Farm Ice Cream one day.
“I like how serene it is,” she said. “It’s a good, relaxing place to study and have some tea.”
The Tobens said they have a couple of plans in mind to expand the business in the near future.
For example, they plan to offer sorbets made with fruit grown on the farm.
“We’re going to create a walk-in freezer,” Tim Toben said. “They’ll be fresh fruit sorbets that will be right off the farm.”
Next month, having recently acquired an ABC license, they’ll also begin selling alcoholic honey meads made with herbs and fruits. The Tobens have been making the meads for their own personal use for 10 years, and they have a friend who has been making them since 1992.
“We’ve got a special little formula on how to make meads, and they’re really tasty,” Tim Toben said.
Many customers use the tea house as a way to get a break from busy downtown life, Megan Toben said.
“People are hungry for an escape from the hectic day-to-day,” she said.
She said loyal customers don’t need to worry about losing the tea house as an oasis.
“Though there are these new products coming, our intention is to have it stay small and community based — quaint,” she said. “That’s part of the magic of it.”

Teacher of the Year Finalists
The Baxter Bar & Arcade