The Rise of Durham’s Culinary Kingdom

If you told Elisabeth Shackelford 30 years ago that downtown Durham would hold an entire checklist of hot-spot restaurants she needed to try, the Chapel Hill native who owns an exercise studio in Brightleaf Square wouldn’t have given you a second thought. “I would have said you were crazy,” Shackelford says. “Not in the Bull City I knew.”

Downtown Durham stood as a ghost town, a reminder of Durham’s industrial past. But it has since transformed into the heart of a thriving downtown culture.

Brightleaf, snuggled between Durham brick, was one of the first areas to refurbish old tobacco buildings with glowing string lights and trendy restaurants. The American Tobacco Campus followed, drawing in crowds of concertgoers and date night loungers with its contemporary combination of old factory buildings and nestled greenspace.

The trains that used to support Durham’s industrial backbone now interrupt dinner as they cut through bars, historic hotels and venues instead of factory buildings.

Since being named “America’s Foodiest Small Town” in 2008 in Bon Appetit, culinary conscious heads have turned as Durham rose to the forefront of adventurous cuisine. But Durham’s transformation from fading tobacco titan to culinary destination was not as rapid as it looked from the outside.

Restaurant pioneers such as Piedmont, Toast, Rue Cler and Watt’s Grocery draw crowds from across the state and the country.

Abundant farmland provided a constant variety of fresh ingredients, factory buildings begged to be refurbished, and a prestigious university found its professors and students looking for food to saturate their sophisticated palates. All that was needed was a little inspiration. 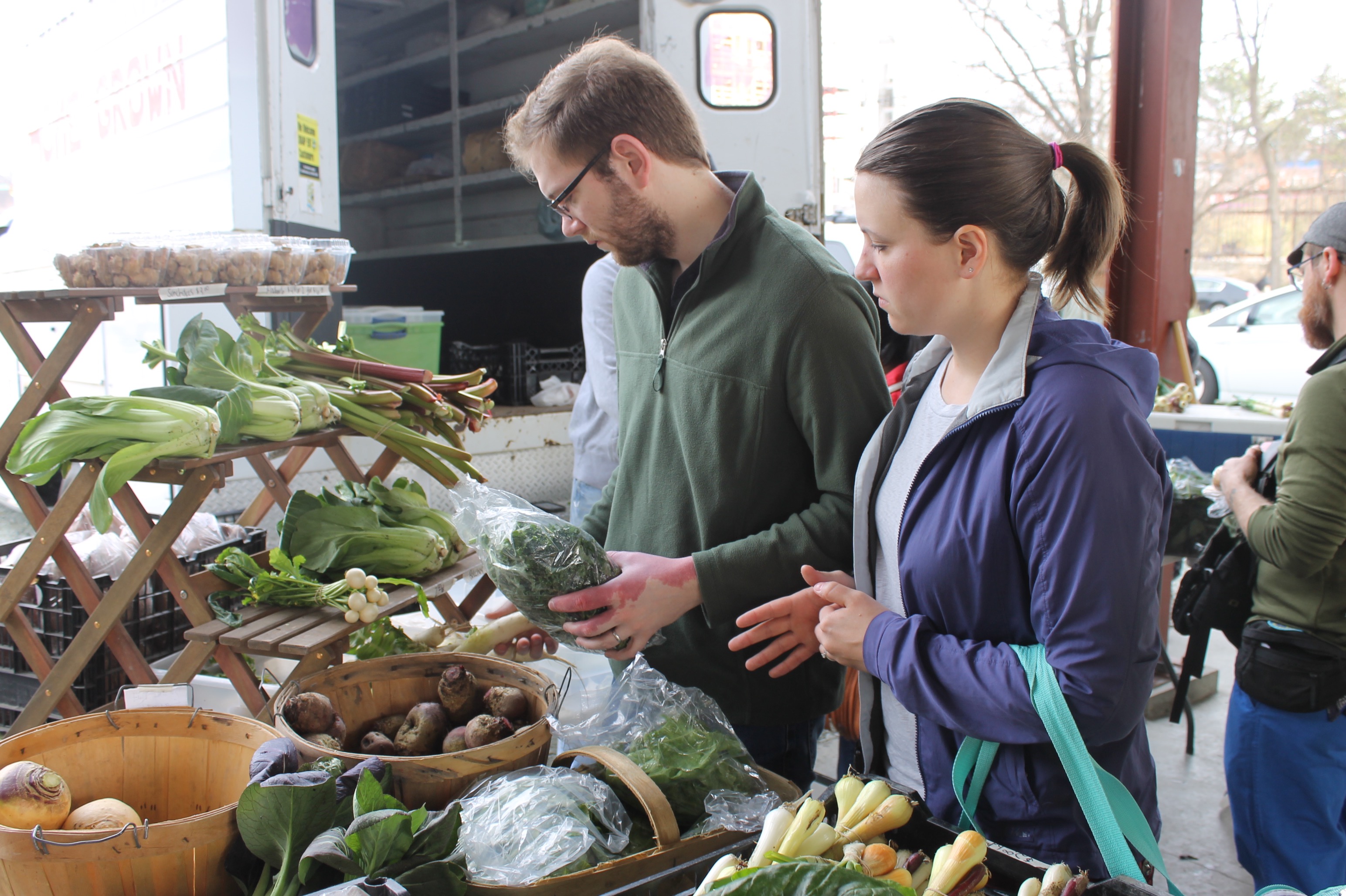 That glint in the city’s eye for food was the opening of Wellspring Grocery by North Carolinian Lex Alexander in 1981. After studying global cuisine, Alexander committed himself to procuring the world’s best food and ingredients for a grocery store that would make any food enthusiast drool.

“The model Wellspring followed was new at the time,” he said. “We wanted to take farmers’ products and showcase them, teach shoppers how to make them with new ingredients. Then, in turn, you start to see more farmers appear, and more restaurants can open with the produce.”

The store was eventually bought out by the Whole Foods chain in 1991, but its influence lingered. Wellspring’s proteges — such as Portia McKnight and Flo Hawley, owners of Chapel Hill Creamery — still refer to him as “The Food Guy.”

Quickly to follow was Magnolia Grill, founded by husband and wife duo Ben and Karen Barker. Opened in 1986, the landmark restaurant earned the couple a James Beard Award for its Southern sophistication. Magnolia Grill turned locavore heads, and critics from across the country found themselves continuously impressed by the source-conscious restaurant located so far from traditional food-savvy meccas.

When the restaurant closed, the Barkers’ dedication to Southern cuisine remained rooted in its most loyal workers. These inspired cooks returned to Durham to open their own establishments, drawn back in part due to low costs and city support. Scott Howell is one such example, opening Nana’s after studying under the Barkers, and going on to open several other establishments scattered through the city.

The farms and their farmers produced from this food system might not be the kind you had in mind.

Jennifer Curtis, owner and co-founder of Firsthand Foods, had dedicated her business to providing local restaurants and businesses with fresh meat by connecting small-scale producers to kitchens.

“The Piedmont has seen an intense influx of young farmers into Durham, Chatham and Orange counties,” Curtis said. “Whereas before we were talking about the ‘graying’ of farming, now we’re starting to see the average age decrease around food centers like Durham and the Triangle with access to farmers markets and interested audiences.”

Educated in sustainable practices and drawn by the strange celebrity status given to farmers in the farm-to-table movement sweeping across contemporary cuisine, small farms such as Coon Rock of Hillsborough and Green Button outside Durham have made the Durham Farmers’ Market and Community Supported Agriculture programs a source of menu inspiration.

Coon Rock is a direct supplier to Crawford Leavoy, the general manager of Piedmont restaurant. Piedmont has made a name for itself as one of the pioneers of Downtown’s revival. Leavoy and Chef Greg Gettles are one of many duos close enough to the farmers they source from to refer to them by first name, or as “my-guy.” But neither thinks of this farm-to-table relationship as being anything ground-breaking. “This is how it always was in the south,” Leavoy said.

It has taken more than just culinary genius to bring Durham’s food scene to life. Durham has a special appeal stemming from its rich history and increasingly younger population.

The addition of Durham Performing Arts Center and the Carolina Theatre created an artistic and cultural draw to downtown. Fresh college graduates and new families alike are attracted by the low cost of living as compared to neighbors Chapel Hill and Raleigh, inspiring an influx of capital into the area, mostly in the form of refurbished condos, apartments and a wealth of night-life options.

Will Holloway, owner of Rue Cler, attributes most of downtown Durham’s success to this sense of community. “It’s just a great place to live,” Holloway said. “It’s cheap and the diversity is incredible. Everyone wants to come, but a lot end up staying, too.”

Durham might have garnered national attention for its culinary prowess, but its Triangle residents’ attention it will keep. “There’s a real sense that we’re all in this together,” said Holloway. “Restaurants, residents and the city all want to see Durham succeed.”