YesterYears Brewery: Turning a hobby into a business

Beer has been his thing for years.

“I love beer,” David Larsen, the owner of YesterYears Brewery in Carrboro, said. “But more than that, I love creating new and different beer.”

After experimenting with home brewing for some time, friends — both within the beer brewing business and outside of it — encouraged Larsen to take the next step.

“It’s been a dream of mine for many years,” he said, of opening the brewery. “I love seeing people’s faces when I give them a taster of some of my beers.”

In May of this year, Larsen opened YesterYears Brewery at 300 East Main St. in Carrboro. He held a townwide grand opening about a month later, on June 13.

The idea of the brewery came from Larsen’s love of family and friends and spending time without the distractions of today’s technologies. He’s all about the good old days, and he hopes his customers will get that feel when they spend time at the brewery.

Although YesterYears is still waiting for federal approval to actually brew on site, Larsen said locals have responded well to the taproom, and he’s looking forward to the future.

“People love the space,” he said. “We know once we have our brew on tap and the outdoor seating area, we will be able to take it to the next level and put Carrboro even more on the map.”

Already, people have utilized the space for things ranging from private parties to wrestling, live bands and trivia.

In the brewery’s earlier stages, Larsen gave locals a chance to feel a heightened sense of community and involvement with the brewery. He created a fundraising effort — The Founder’s Club — that gave people the chance to donate to the creation of the brewery, receiving various rewards along the way.

While the space has shaped up to be in an ideal location, it was not always in the plan.

Larsen had initially planned to open the brewery at the Piedmont bio diesel farm in Pittsboro, but those plans were put on hold last year.

“So many things happened last year, so we decided to drop it and wait,” he said. “This spot in Carrboro was ideal.” 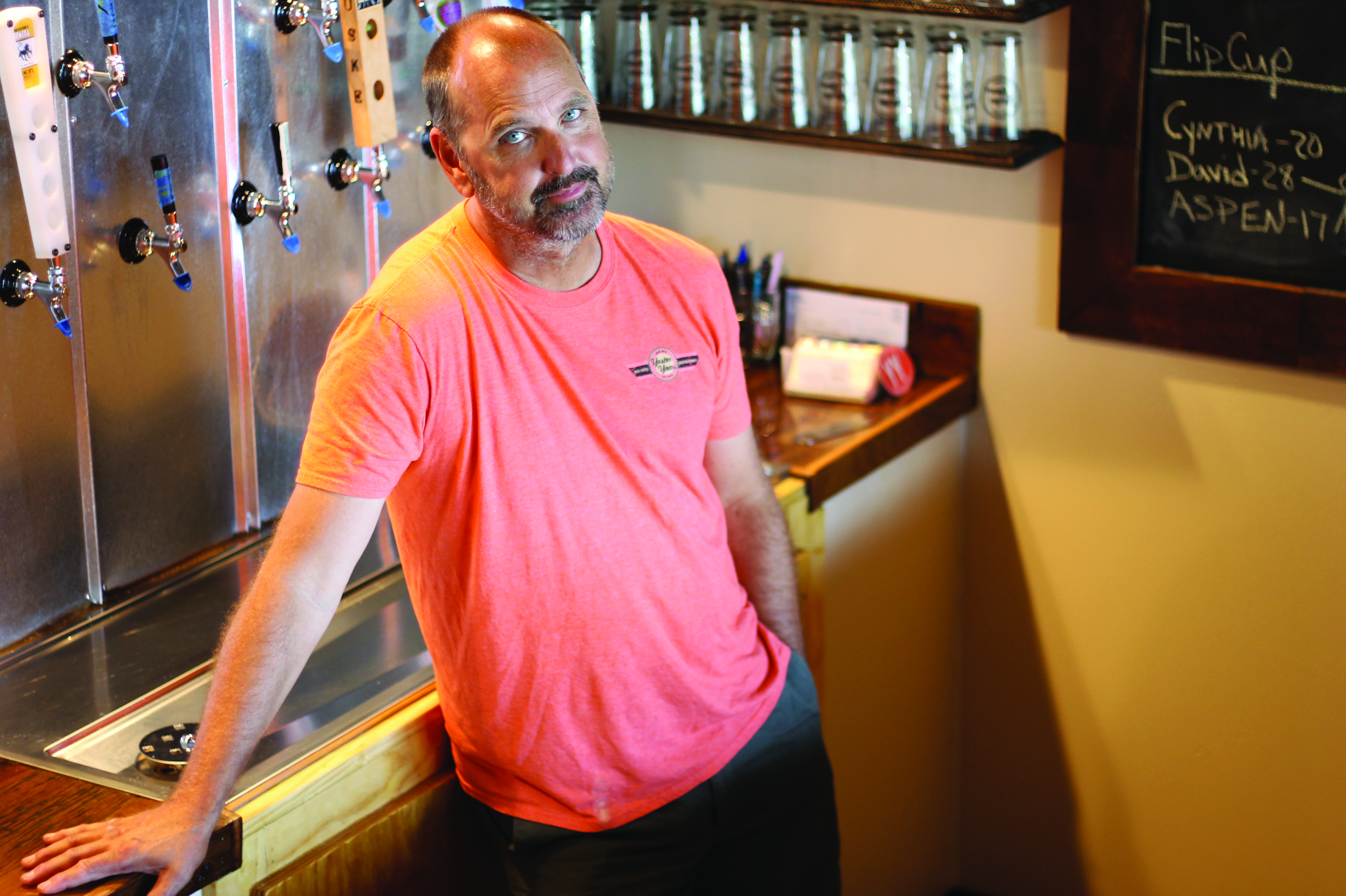 Since establishing the brewery’s location, Larsen said one of the perks of owning this business has been the town of Carrboro.

“They have embraced us,” he said. “The businesses around us have welcomed us – even those that have beers on tap are glad to see us there and bring a nice taproom and brewery with a large production ability into this place.”

Larsen said that the surrounding businesses are what led him to finalize the location for the brewery — even before he established relationships with the owners.

“Being next to Cat’s Cradle and the ArtsCenter, and the other venues, led to this spot,” he said. “I have a great relationship with Fleet Feet, and we now hold the pub runs at the brewery.”

The pub runs are the first of what Larsen said will hopefully be many partnerships between the businesses in the town. Larsen also hopes that the beer and wine selection — as well as the space itself — will mimic the feel of the town. The brewery has 12 beers on taps.

“Once people drink them they usually either have another one or come back soon,” he said. “Right now we have a unique collaboration between Avery Brewery and Russian River that’s not easily found. It’s some of the best beer around.”

The brewery will have a few guest taps as well as some home brew taps from Larsen’s home brew competition collection.

But the selection doesn’t begin and end with beer. They serve wine as well.

“We have been told by many – as they put it – ‘wine snobs’ that we have one of the best wine selections in town,” Larsen said.

As the business takes off, Larsen hopes the brewery will be a place for friends and family to gather and enjoy quality time with one another.

“We give back locally, buy locally and support locally,” he said. “We want YesterYears, just as the slogan states, to be a place where people can forget about the world and come in and drink some great beer with some great friends and make great memories.”